If you want to know what is cryptocurrency and we will talk about Satoshi Nakamoto’s obvious role in BitCoin.

You are on the right page!

This article will help you to understand what is cryptocurrency and the world’s most expensive Pizza transaction.

Hello, friends welcome to another fresh article of “Multibaggercalls.com”, Here in this article we will understand what is cryptocurrency and most importantly about whether you can mine or not.

If we talk about the history of currencies, they have been changing constantly for a long time now.

The Barter System was used years ago. Later, Barely was as currency in a lot of places.

Then came Gold and Silver coins. Copper coins were used as well.

Do you know why On 22nd May, we celebrate Bitcoin Pizza day?

The story behind it is very interesting.

Laszlo Hanyecz had 1 Lakh BitCoins. If he held them today their value would be ₹28,000 crores.

In memory of this infamous incident, 22nd May is celebrated as Bitcoin Pizza Day.

Recently, BitCoin has been trending around the world. Now everybody is talking about BitCoin and Cryptocurrency.

Also Read:- How To Save Money In India | Smart Tips To Grow Money.

A cryptocurrency is a digital representation of something valuable, such as money, that only exists online.

Many platforms were made after this, such as Digi Cash. Many different companies were built on its basis.

One of them was Elon Musk’s X.com

Based on this, he got $100 million for that transaction. With the help of this money, he started many of his companies.

Let’s come back to our main topic.

Cryptocurrencies were made to work on two main problems.

Whenever we make a transaction the bank acts as a middleman.

With help of Cryptocurrency, you can eliminate the middleman, In cryptocurrency, the transaction takes place between the sender and recipient.

There is no middleman involved in cryptocurrency transitions.

The second main reason is to reduce transaction costs.

When we send money to a foreign country banks charge high transaction fees.

Transactions can also be extremely slow, it can sometimes take days for a bank to guarantee that a payment has been received.

Another issue is that these banks and companies need to store endless amounts of personal data about their customers to work out who is trustworthy.

But they can’t always be trusted to keep that information safe. If we don’t use a centralized source of information.

To Solve these issues the first cryptocurrency ever created was Bitcoin.

Now let’s take look at what is Bitcoin and how you can buy bitcoin and other cryptocurrencies.

Bitcoin uses a peer-to-peer payment network, where the responsibility to maintain a trusted ledger of transactions is shared between everyone, rather than one central body.

And, as there is no central authority needed, there are no disproportionate fees or personal data at risk of being compromised.

Since 2008 countless cryptocurrencies have been created, many of them carrying out different functions
in different blockchain ecosystems.

Investors buy into them because they believe in the product that the currency underpins.

Only time will tell if they change the world so drastically but one thing is for certain, the blockchain technology that they are built on is here to stay…

What Is The Return Rate Of Cryptocurrency?

The returns Cryptocurrency has given, it’s a topic of interest. From the start i.e, 2010-11 till today BitCoin’s price has increased a lot.

But if we talk about the last few years, The returns are quite shocking.

Similarly, if you bought one Ethereum in 2016 for ₹700, That single Ethereum is worth ₹1.7 Lakhs today.

In the last 5 years, BitCoin has given A compounded return of 137% every year.

Because of this return rate more investors are attracted to invest in cryptocurrency.

Now let’s understand how you can buy-sell or send-receive cryptocurrency.

How To Buy Sell or Send Cryptocurrency?

When you open a cryptocurrency wallet, you get an address with it.

How banks have unique account numbers, Similarly, wallets have a unique address.

Let’s assume you have to transfer some cryptocurrency to your friend.

Your friend will have to give you his BitCoin wallet address. Using the wallet address, you can easily transfer the cryptocurrency to him.

It means you must have a Cryptocurrency wallet to buy sell or send receive cryptocurrencies.

WazirX Is India’s largest Cryptocurrency at trading Platform where you can open an account free of cost.

Trading on the WazirX platform gives you a super-fast experience you’ll fall in love with! also is available on Web, Android & iOS mobile, Windows, and Mac apps.

WazirX has Top-of-the-line identity verification systems that process your KYC within a few hours of signing up while ensuring the right KYC protocol.

The building is robust to sharply reduce verification times.

So, why are you waiting for it opens an account with WazirX and starts investing in cryptocurrencies?

Who Will Verify Cryptocurrency Transaction?

So the question is if there is no mediator or bank here, Then who will verify the transactions?

For example, your friend is sending you 0.1 BitCoin.

The first step is to check whether your friend Has 0.1 BitCoin in his account or not and also check if the address they entered is correct or not.

This work of verifying all this is done by Miners.

All of these work based on BlockChain technology. So every transaction that happens is saved in a block.

When a lot of transactions are saved in one block, it fills up.

Then, another block is created and all other transactions need to be filled there.

Then a third block is created and the blockchain goes on. This is what we call BlockChain.

As soon as a block fills up, the miners receive a puzzle. Whoever miners solve the puzzle first, gets a reward.

That reward is in the form of a BitCoin.

This is a puzzle because as soon as the block fills up, This puzzle is used to seal that block, So nobody can manipulate the block later.

A lot of miners try to solve the puzzle in groups So they get good rewards.

They say every 4 years, the reward reduces by half. Some miners try to solve the puzzles alone, some in groups.

So this is how the miners maintain the entire system and in turn, they get a reward.

Why Bitcoin And Other Cryptocurrencies Criticized?

Bitcoin and other cryptocurrencies are criticized because They require a lot of power consumption.

How much do you think is the Yearly power consumption in the banking system?

How much is it in Gold mining?

So it’s necessary to use renewable energy for mining as mining requires a lot of power.

As far as the banking system is concerned, It consumes 263TWh of power every year.

The mining system consumes 240TWh of power every year.

It is necessary to mine based on Renewable Energy.

What do you think is the future of bitcoin and other cryptocurrencies is bright? please comment your opinion in the comment box and also share this article with your friends to understand everything about cryptocurrency.

I hope now you understand what is cryptocurrency and how its work. If anyone has any queries or suggestions please ask in the comment box.

This site uses Akismet to reduce spam. Learn how your comment data is processed. 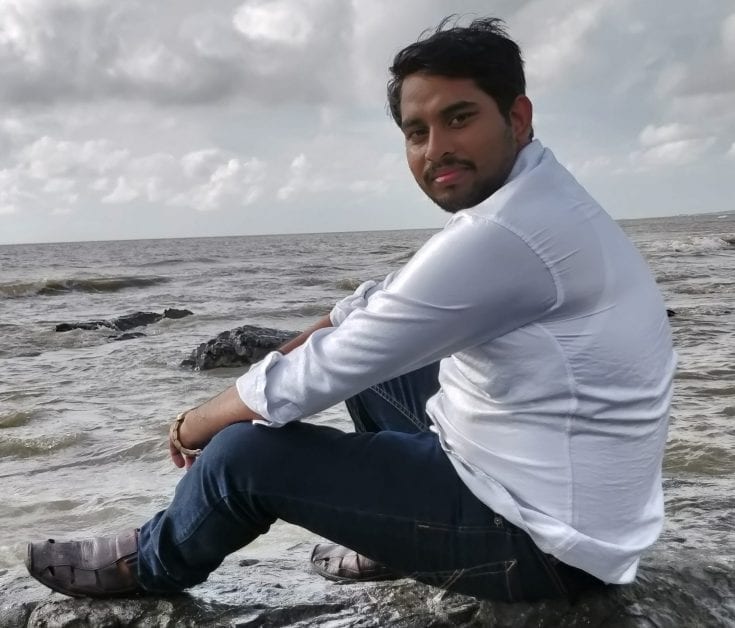 I am Gashik founder of Multibagger Calls, I start my stock market journey in 2018 and still it continued. My 40 to 50 % of my trade convert in Investment and my 70% to 80% of trades are accurate. Here I share My personal trading strategy and Ideas. Hope you enjoy your stay!